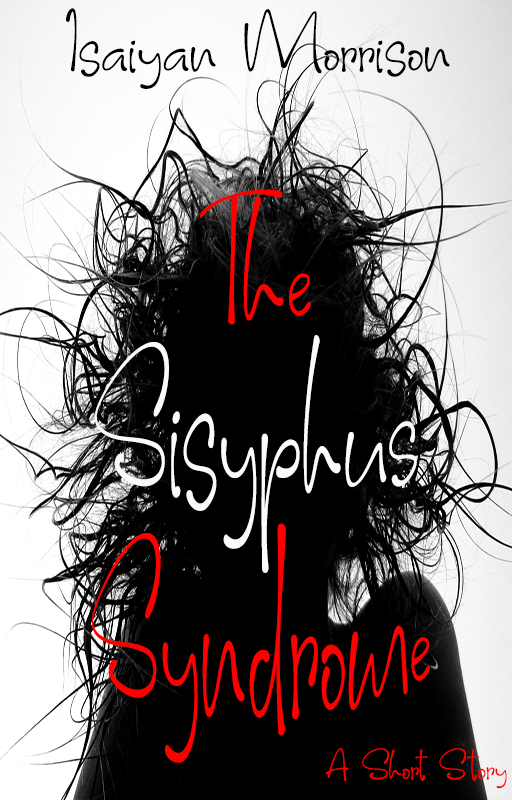 Before Frank realized what happened, I plunged the knife deep into his chest. His body lurched forward and blood spurted from the strike, peppering my face. He gurgled, and his body shivered. I stood back and watched my best friend’s life slowly slip away.

Frank was the first to hear them. He said they were running through the walls, in the ceiling, and in the floorboards beneath our feet. They whispered in his ears, telling him we were trapped forever. They moved pass him, brushed up against his skin, and ridiculed our behavior. Their demands echoed in his brain, and he believed the only way they were finally going to let him go was for him to kill me.

I thought Frank had gone crazy, but after endless occurrences in this fucking store, I knew we were in deep shit. Frank couldn’t see past the lies, and he began to lose hope. I did my best to suppress his fears, but in the end, his mania did him in.

Her voice exposed her fear and alarm, as her eyes fixated on the blood pooling around Frank’s body, collecting in the crevasses of the tiled floor. Her face dripped sweat, and she nervously slicked back her dark curls.

“He didn’t know what he was doing, Barbara.” My simple answer didn’t excuse my action.

Her bottom lip quivered, and she anxiously rubbed her forearms. “Do you know what you’re doing?”

I nodded. Yes, I knew exactly what I was doing. I’d done it before. Here, at the same Carver Street convenience store, at the same time, and on the same night; every damn night. It always started the same, but it always ended differently.

Frank and I planned this simple robbery a week before. We agreed that he would go in first because he had the gun and I would follow about five seconds later. If there were any customers, he’d order them to the floor while I went for the register.

But there was only Barbara.

We thought it’d be easier with just her in the store, but something went wrong. Frank started to hear weird noises. He swore to me the walls were shaking. Then he revamped our plan without my input. He pointed the gun at Barbara and, before I knew it, he shot her.

This time, however, things were different. I had the knife and I killed Frank before he could shoot Barbara.

Her death before must have caused all of this. Now, I believed and hoped the nightmare would finally end.

However, I still needed the money.

“Empty the register.” I aimed Frank’s 9mm Beretta at Barbara’s head. She opened the cash drawer and handed me the money; a couple of fives and ones, a fistful of twenty-dollar bills, and three rolls of quarters.

I knew I could pull the trigger as easily as Frank had, but I desperately wanted to free myself from this nightmare. I didn’t want to find myself back in this god-forsaken store another damn night.

I stuffed the cash into my pocket and took one more look at Frank’s lifeless body. I slowly and carefully walked backward to the front door; gun still aimed at Barbara’s blood-drained face.

Her brow scrunched in puzzlement over eyes widened in fear.

I shoved open the door with my elbow, but it swung back, its metal frame connecting with my forehead. The blow stunned me to near-blindness, but I pushed at the door again. It didn’t budge. I looked back at Barbara and realized she held a cell phone in her hand.

I shoved the muzzle toward her and spoke through pain and clenched teeth. “You don’t want to do that.”

Startled, she dropped her cell phone and it landed in a thud on the floor.

I clenched the trigger, but then I paused. It was becoming difficult not to kill her.

I lowered the gun and approached the counter. “Barbara, listen to me.”

She clasped her hands together and her eyes shifted nervously from left to right.

“We’re going to do this differently.”

She lowered her head and I realized her entire body trembled.

“Are you listening to me?”

Her eyes cautiously reverted to me.

“You won’t die today, or tomorrow, or ever, by my hand.” I placed my gun on the counter, letting my hand hover over it. “If I can help it, you’ll never see me again.”

Her rattled behavior didn’t change. Her breathing grew erratic. She didn’t believe me and I didn’t blame her. “Barbara, you need to let me out of the store.”

“The door is locked.”

She shook her head. “I don’t know what you’re talking about. It’s open.”

“Please, just go. Take what you want and go.” Her lips quivered.

I grasped the gun, picked it up, and pointed it at her. “Open the door.” I grabbed her wrist and dragged her from behind the counter. I then swung my gun in front of her face, motioning her toward the door.

I watched her as she walked slowly, staring at her tight blue jeans, her pink tennis shoes, her red t-shirt with the phrase “We Value Your Service” written in big, white letters on the back. She placed her hand on the door handle and looked back at me.

“Barbara, I’m not going to tell you again.” I placed the steel barrel against her left cheek.

She pushed the door but it didn’t budge. “I don’t understand.” She placed her body against the door, attempting to pry it with her weight. “It’s not locked.” She pointed to the lock and I focused my eyes.

She was right. It wasn’t locked.

There was something hellishly wrong with this store. I felt it in my bones. I pushed Barbara aside and fired my gun at the glass. Small sparks resonated from the bullet, but the glass remained unscathed.

That’s when I heard the moans.

The first sound came from the back wall, then another from beneath the tiled floor. Frantic now, I turned the handle and pushed with all of my strength, but still the door wouldn’t budge. Then the walls began to pulse, like a slow heartbeat, and the lights flickered continually. Again, I had made the building angry.

Barbara crumpled to the floor with her head in her hands. I kicked at the door’s glass. The moaning grew louder, and the pulsing walls rippled violently. I raised my gun and squeezed off a couple more rounds in the direction of the moans. Shelves stocked with chips and candy toppled over, landing atop Frank. The floor moved in a contorted bubble, bringing me to my knees. In an effort to break my fall, I dropped my gun. It skittered across the waving floor, and I crawled past Frank’s lifeless body, trying to reach the counter.

I now wondered if Frank escaped the worst by dying. Of all the heist jobs we’d done together, this was the only one he’d ever doubted. A random convenience store on a desolate highway in a town that wasn’t on any map. Hell, we should’ve known better. I should’ve known better. I thought he’d gone crazy when he told me about the noises, but now I realized I was wrong. Dead wrong.

I heard the sound of a gunshot, and I felt an immediate burning sensation on the left side of my neck. I tried to move, but my arms and legs went limp. I felt the warm liquid rush across my Adam’s apple.

Barbara stood over me, pointing my own gun directly at my chest. I tried to speak, to warn her, but I gurgled on the blood collecting in my throat.

Tears streamed down her face as she pulled the trigger again, but instead of hearing a gunshot, I heard the distinct click of the empty chamber.

I laid my head on the cold floor while the building continued to shake. Maybe this was it and I did things right. Or maybe it didn’t matter if Barbara died, or not. I closed my eyes, but then immediately opened them to a familiar voice.

I looked around the store, seeing Barbara standing behind the counter with her arms raised in fear. I turned just in time to see the front door of the convenience store slam shut.

“Fuck!” I pushed on the door, hoping that it would open, but I was too late. It was locked. Frantically, I pushed again, but it wouldn’t budge.

“Hey, Carl! What the fuck are you doing?” Frank yelled.

I looked back at him. It was too late. I watched his actions replay like a D-rate horror flick.

I glanced around the store while gripping the handle of my knife.

“Hey.” Frank looked up, jerked his head to his right, then to his left, cocking his ear. “Hey bro, did you hear that?”